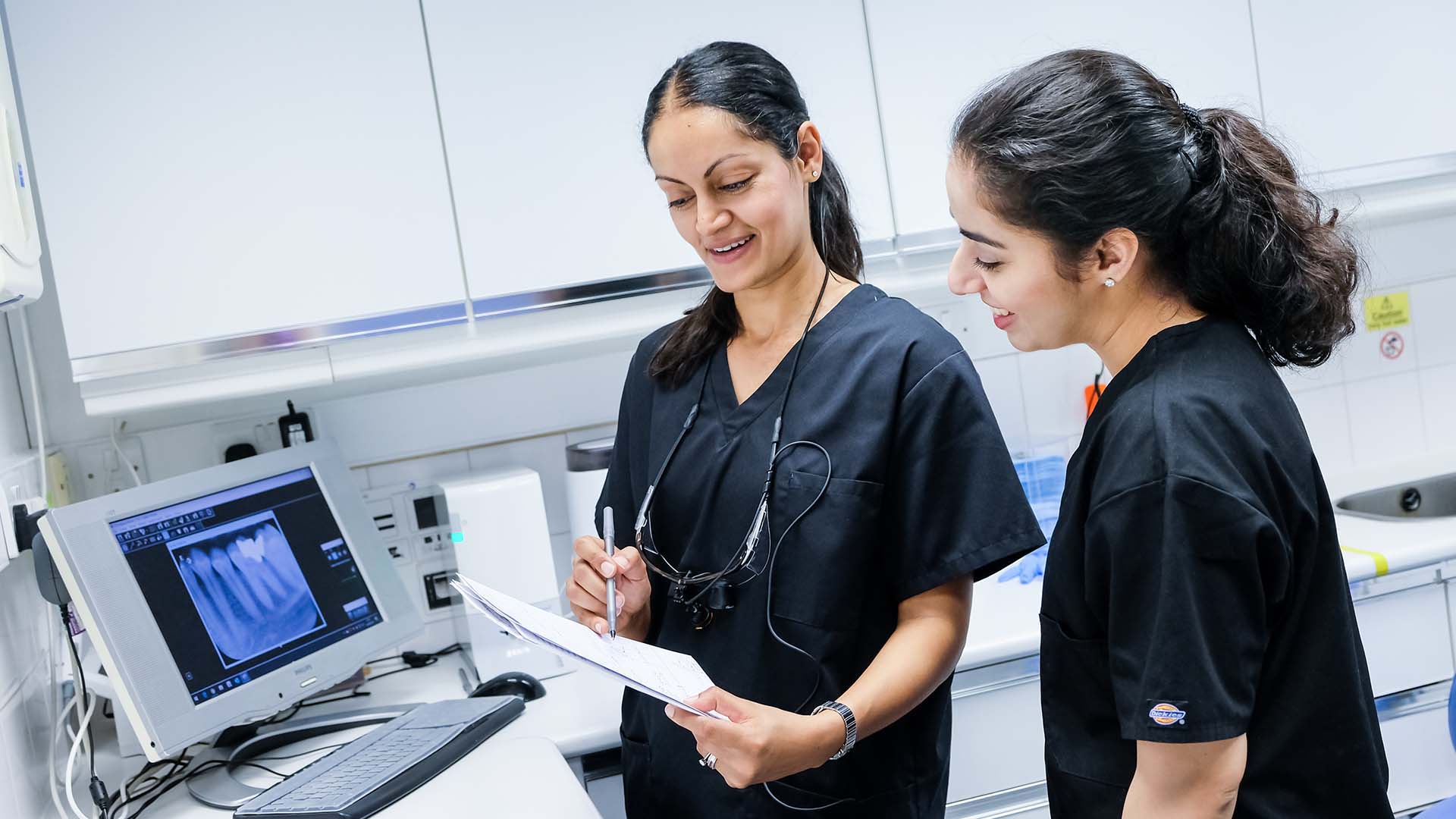 Nine out of 10 adults in the UK are estimated to have some degree of gum disease and gum inflammation has been linked to increased risk of serious non-dental health problems, so maintaining healthy gums is something everybody should take seriously. Not only will unhealthy gums impact negatively upon your oral health (causing loose teeth and bad breath, for example) but they may result in tooth loss which will need costly dental treatment to restore in terms of appearance and function.

Dental hygienists specialise in preventative treatments, protecting your teeth against decay and your gums against infection. The most common treatment performed by hygienists is a scale and polish in which they remove plaque and tartar from your teeth and around and under your gum line. For most people this is sufficient to ensure a healthy mouth but patients with advanced gum disease need more specialised treatment.

Gum disease in its early stages is known as gingivitis, which presents itself as swollen, bleeding gums. In the early stages, removing the bacteria causing the inflammation will prevent the condition worsening and the health of the gums will quickly be restored.

If gingivitis is allowed to persist, deposits of tartar start to form deep below the gum line. These cause the gums to detach from the teeth, resulting in deep pockets around them. The bacteria aggressively attacks gum tissue and bone, resulting in receding gums and bone loss around the teeth, making them loose. This condition is called periodontitis.

Periodontal disease is not curable but it can be controlled with a treatment called scaling and root planing, where the hygienist will remove the deposits of tartar from the deepened pockets and then gently plane the surface of the teeth’s roots to get rid of the tartar impregnated layers. This treatment is undergone after a periodontal assessment where the hygienist will determine whether or not you have periodontal disease and if so, how advanced the condition is.

Following scaling and root planing treatment, the hygienist may apply a topical treatment called dentomycin. This acts to reduce periodontal pathogens, inhibit the destruction of gum and bone tissue and aid in the healing process.

Periodontal disease can be largely painless and it is recommended that if you experience symptoms such as bad breath, bleeding when you brush or loose teeth, that you make an appointment with the hygienist for a periodontal assessment. 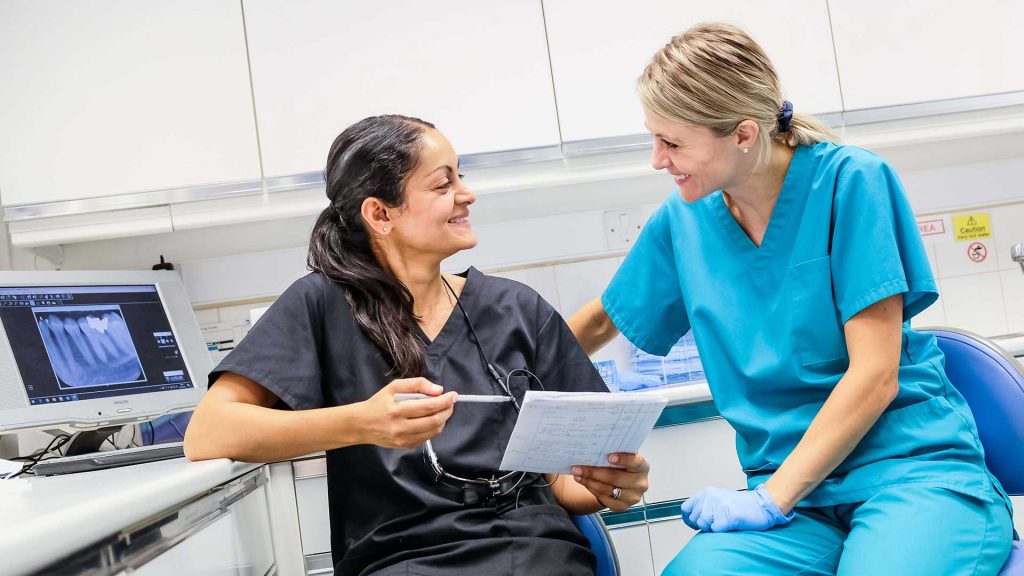 Our modern surgery is located in Twyford and is ideally placed to serve the wider community. 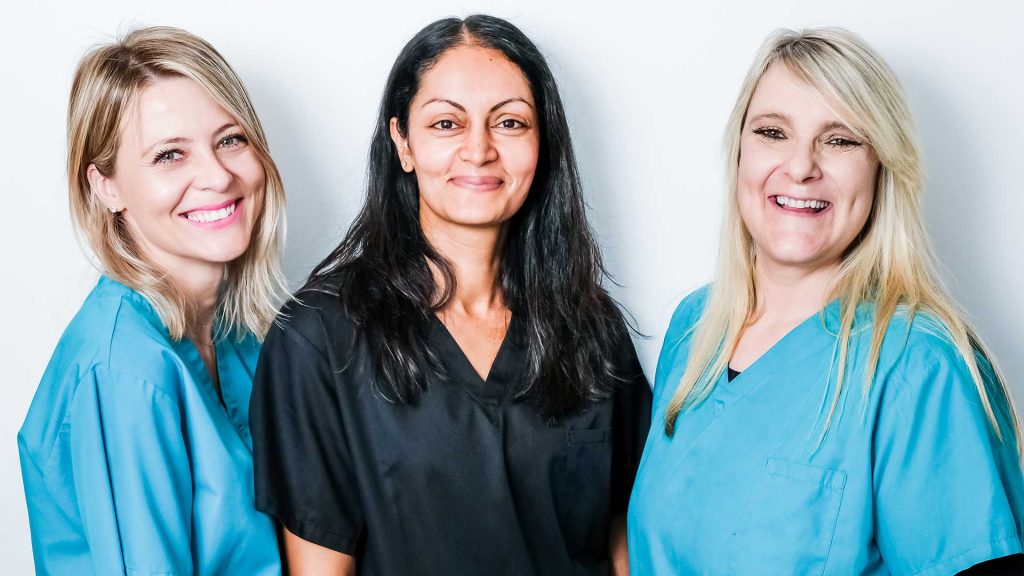 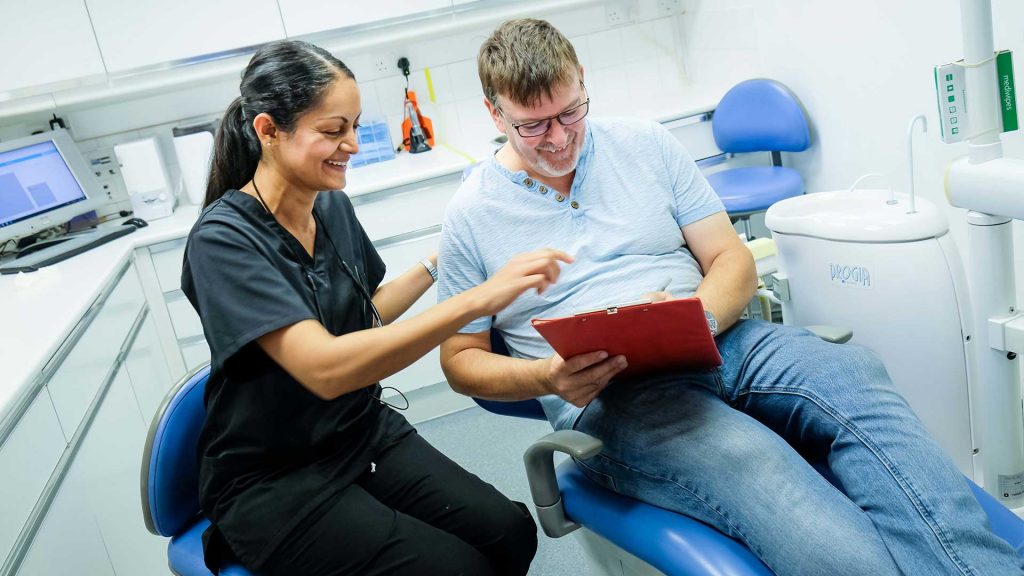 See our fee guide on all our services, including reductions for Shine Dental Care Plan members. 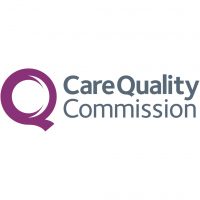 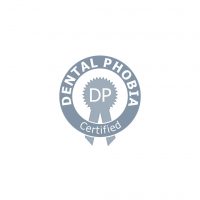 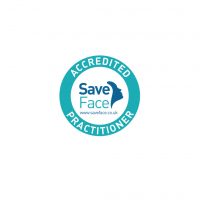 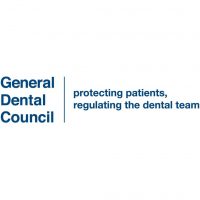 Joanna K
I had a composite bonding done at Shine Dental. Dr Jugal Vaitha was skilled, professional, approachable and most importantly, he gave me a new smile. I am very happy with the results. I was charged £200 per tooth, 3hrs of treatment, plus follow app appointment. Fair price in my opinion.

John Doughty
I had my first experience of dental treatment at Shine, yesterday. Dr Oberah Qadeer and the team are excellent, combining a very reassuring approach with top level professional service. Thank you!

Cindy Knight
My experience with Shine Dental was/is excellent! The staff are welcoming and caring. Highly recommend them!

Naomi Iles
All 3 of my children are seen at Shine. They are all at ease and feel in safe hands with Dr Qadeer and team. Wouldn’t go anywhere else!

Angela Williams
The only dentist that I have felt totally at ease and relaxed with! Very happy with the care and treatment provided. They gave me my smile back!

Theresa S
A really friendly & professional practice- I’ve been a patient here since they opened and would have no qualms in recommending!

Emily Rickard
Dr Oberah and the team at Twyford were so friendly, made me feel comfortable and were happy to answer the questions I had on dental aspects that weren’t related to my appointment. Will absolutely be returning to Shine when I’m due a check up! Thanks guys :)

Martin Russell
I tried Shine as an alternative to my old dentist and found them friendly and professional. I would have given 5 stars but they’re dentists!

Dennis Willems
Professional and friendly service, with great care for Covid safety both for visitors and staff. Very pleased with my visits!

Claire
Shine Dental is the friendliest, most professional and calmest dentist I’ve ever been to. I felt thoroughly looked after and reassured from entering their covid safe clinic, through to my procedure. If you’re looking for safe hands, this is your place!
Google rating score: 5 of 5, based on 26 reviews.